The "rapture" is an issue that has emerged in the church recently and has been a source of much prophetic debate. Nevertheless, the Bible does provide a very clear answer to the rapture question in my opinion and certainly does teach one.

However, I think the word "rapture" is a bit of a trick. If we read Paul in 1 Thessalonians, it is synonymous with "the coming" or the "day of the Lord." As we all know, the day of the Lord is more than one day. Furthermore, the Second Coming is not inaugurated by the battle of Armageddon. Some have equated the term "Second Coming" with the final Armageddon assault itself. I disagree with this, and think that "Second Coming" launches at the rapture, when God makes his presence known to everyone, and removes us from this earth for a short time to protect us from his wrath.

Jesus did many things at his first coming, over a period of many days and weeks. Same with the "Second Coming." It will have a very definite beginning and will continue for many days/weeks/months and maybe years.

In 1 Thessalonians 4:12-5:13, the apostle Paul describes an event in which the following things take place. He refers to it as the "coming of the Lord" so this is the term I prefer.

This event in which Christians fly up into the air with Jesus is the "rapture." The Rapture and God's Wrath

Nevertheless, Paul in the next chapter provides more information about this event

He goes on to refer to this rapture event as the "Day of the Lord," saying that it will be extremely unexpected. He also elaborates on what happens to the people on earth once the day of the Lord begins. He says that they will be saying "peace and safety," but they will get "sudden destruction" instead. So, he is basically saying that once the rapture happens, the people on earth will suddenly face God's wrath during the Day of the Lord. This is reinforced by the fact that the Old Testament teaches that the "Day of the Lord" is the time of God's wrath on earth. Paul says that the really cool thing is that Jesus rescues us from this wrath.

What Happens Before the Day of the Lord Begins

Now, brothers, about times and dates we do not need to write to you, for you know very well that the day of the Lord will come like a thief in the night. (1 Thessalonians 5:1; emphasis added)

However, in 2 Thessalonians 2, he says this Day of the Lord cannot happen until two events take place. 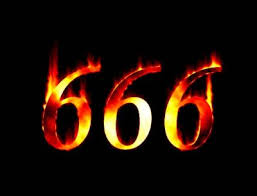 Concerning the coming of our Lord Jesus Christ and our being gathered to him, we ask you, brothers, not to become easily unsettled or alarmed by some prophecy, report or letter supposed to have come from us, saying that the day of the Lord has already come. Don't let anyone deceive you in any way, for (that day will not come) until the rebellion occurs and the man of lawlessness is revealed, the man doomed to destruction. He will oppose and will exalt himself over everything that is called God or is worshiped, so that he sets himself up in God's temple, proclaiming himself to be God. (2 Thessalonians 2:1-4; emphasis added)

Since Paul defines the rapture event as the "Day of the Lord," he is saying that the rapture cannot take place until two events occur first.

Jesus description of his second coming in Matthew 24 very much parallels the order of events described by Paul.

He says that his coming is sudden, unexpected, and unknown.  He even uses the same comparison, to a thief breaking into a house.

Nevertheless, before Jesus describes his second coming, he describes a series of events that occur that are very similar to what Paul does:

So here, we see Jesus put the order of end time events in the same order that Paul does. The second coming happens on an unknown date, but will not happen until the falling away happens first and the Antichrist desecrates the temple.

Nevertheless, the book of Daniel very clearly places this "abomination that causes desolation" as occurring halfway into a seven year deal between the Antichrist and Israel. So, we can know when the Antichrist is revealed, but we cannot know when Jesus comes back. 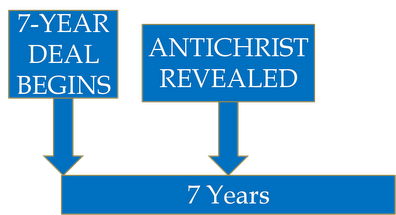 We have already seen that Jesus comes back on an unspecified day after the Antichrist is revealed. However, the question inevitably raises, how long after that event will we have to wait? Do we have any approximate idea on how long this will be?

The answer is yes.

The first thing we can know is that it will not exceed about 3.5 years from abomination of desolation until the second coming. Daniel 9:24-27 seems to indicate that the time of Messiah's rule on earth will have started by the time the seven years have ended.

Nevertheless, God's wrath takes at minimum, 5 months. This is the case because the 5th trumpet involves demonic locusts torturing those who aren't on God's team for 5 months.

This takes us down to about 3 years. But can we get any more specific?

(The following is my personal theory, though I have run into others with the same theory. I am most confident of a "prewrath rapture" (as I described above). However, this theory of mine is more tentative.)

Can We Be More Specific?

Jesus says that as soon as the abomination of desolation occurs (i.e. the Antichrist desecrates the temple), the Jews should flee to the mountains.

"So when you see standing in the holy place 'the abomination that causes desolation,' spoken of through the prophet Daniel—let the reader understand— then let those who are in Judea flee to the mountains. Let no one on the roof of his house go down to take anything out of the house. Let no one in the field go back to get his cloak. (Matthew 24: 15-18; emphasis added)

However, in Luke 17, Jesus makes a very similar statement, but applies it to the second coming.

"It will be just like this on the day the Son of Man is revealed. On that day no one who is on the roof of his house, with his goods inside, should go down to get them. Likewise, no one in the field should go back for anything. (Luke 17:30-31; emphasis added) The book of Zechariah describes a similar event. Here all the nations gather together to fight Jerusalem and the Jews flee. However, God himself arrives, creating a valley in which they are able to flee.

I will gather all the nations to Jerusalem to fight against it; the city will be captured, the houses ransacked, and the women raped. Half of the city will go into exile, but the rest of the people will not be taken from the city. Then the LORD will go out and fight against those nations, as he fights in the day of battle. 4 On that day his feet will stand on the Mount of Olives, east of Jerusalem, and the Mount of Olives will be split in two from east to west, forming a great valley, with half of the mountain moving north and half moving south. You will flee by my mountain valley, for it will extend to Azel. You will flee as you fled from the earthquake in the days of Uzziah king of Judah. Then the LORD my God will come, and all the holy ones with him. (Zechariah 12:2-5; emphasis added).

(I realize that Zechariah may speak about separate, time-separated, prophetic events in the same passage, but in my opinion, the passage gives the feeling that God at least might intervene in short order after the assault on Jerusalem).

In Revelation 12, it describes the Jews fleeing from Satan and hide in the desert for 1,260 days. The above passage shows that, even before this fleeing is complete, the second coming takes place.

Many of us hold that the two witnesses preach during the 2nd half of Daniel's 70th Week. This means that they prophesy in the last half of the final 7 years of Israel's history of Gentile domination. However, these witnesses have a very terrifying characteristic:


They have power to shut up the heavens so that it will not rain during the time they are prophesying; and they have power to turn the waters into blood and to strike the earth with every kind of plague as often as they want. (Revelation 11:6)

For those of us who believe we are absent during the time of wrath, these activities sound very wrathful to me!!

It says the beast rules for 42 months. It says this occurs after Satan falls to capture Israel as she flees to the desert. This means the 42 months do not even begin until Israel has completed her flight. Furthermore, many believe the prophetic ministry of the two witnesses is concurrent with the 42 month reign of the beast. This means they do not start their ministry until the Jews have made safe haven in the desert.

This means there is a very short period of time from the abomination of desolation (revealing of the Antichrist), where the Jews flee to the desert, and the Second Coming subsequently takes place.

How long would this be? We have already seen that it is a very short period of time.

“From the time that the daily sacrifice is abolished and the abomination that causes desolation is set up, there will be 1,290 days. (Daniel 12:11)

Perhaps there is a short 30 day window before the 1260 days of protection begin. Perhaps this is the window of time when the Jews flee to the desert, and God intervenes and makes His presence known.

I still have a lot of my own personal reservations about this viewpoint. In my mind, it is much more tentative. However, I hope it might give some insight as to how long it will be between the revealing of the Antichrist and the Second Coming/Day of the Lord/Rapture.


Posted by David Wilkinson (Eschologizer) at 6:42 AM