Russia in Prophecy: The Forgotten Battle?

Daniel 11:40: The "Forgotten Battle?"
There are two possible instances where Russia plays a role in Bible prophecy. The first one is more sure, the second one is less so.
But the second one may hold the key two this Ukraine situation, and the beginning of the entire end time scenario. It is the "forgotten war" in the end times, which may end up being one of the most important battles, because it kicks off everything else. But first, let's start off with the most well known instance where Russia plays a role in end times prophecy: Ezekiel 38-39. 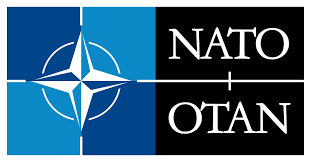 Russia, Iran, and Turkey Invade to Plunder
It is agreed upon that Russia, Iran and Turkey will eventually invade Israel to plunder it for some reason (Ezekiel 38-39) Since Israel has recently discovered very large natural gas reserves, this might become of great interest to Vladimir Putin, since he supplies about 30% of Europe’s gas through the state owned gas company: Gazprom. I just found this article that says the EU is looking to Israel to reduce their dependence on Putin's natural gas. In fact, as of the past few days, a lot of news articles have been coming out saying how Israel is now going to be a major gas exporter, and even one of the biggest exporters in the world. Since Putin controls the gas, one can only imagine how frustrating a competitor would be, especially if the EU got most of its gas from Israel instead.

If they want to sanction him because of the Ukraine situation, then they will have to find an alternative way to meet their energy needs. Israel's massive gas discovery in the Mediterranean may prove to be just that. It may also give Putin a reason to "plunder" Israel, so he can again control the world's gas supply.
But….on the other hand…. there’s a second instance where many scholars believe Russia is acting in Bible prophecy. This is the part where this might be of significance.

The Forgotten War?
The Cold War Rises Again....and Turns Hot
Daniel 11:36-45 talks about an end times king that many interpret to be the Antichrist. It describes his military conquests. However, this conqueror is different, in that he does not start conquering by invading. It seems he is invaded my someone else, and uses that as an excuse to go attack everyone. Since the Antichrist leads a renewed Roman empire, the Antichrist has his kingdom based in the Mediterranean or Europe. It seems to be a confederacy (based on other Bible passages like Daniel 7), so this is why the European Union is so significant, especially since it exists at the same time as Israel, which has not existed for over 1900 years.

“At the time of the end the king of the South will engage him in battle, and the king of the North will storm out against him with chariots and cavalry and a great fleet of ships. He will invade many countries and sweep through them like a flood. He will also invade the Beautiful Land. Many countries will fall, but Edom, Moab and the leaders of Ammon will be delivered from his hand. (Daniel 11:40-41; emphasis added)

King of the North: Is It Syria?

The pros of the Syria view are that Syria is located in the region most historically associated with the "King of the North." Indeed, Daniel 11, before it talks about the Antichrist, refers to the Seleucid Empire as the King of the North. The Seleucid Empire was basically an expanded Syrian kingdom that stretched from Syria to Iran and Iraq. However, the disadvantage of the Syria view is that it is hardly capable of attacking someone as big as the EU even with Egypt's help (the king of the South). Long story short, Syria is just not as big and powerful as the old King of the North. 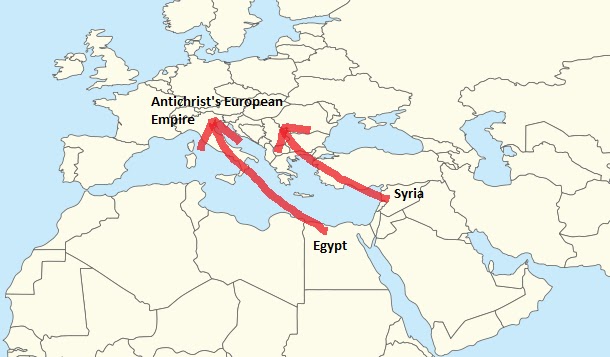 King of the North: Is It Russia?

The pros of the Russia view is that Russia is also located North of Israel, and definitely has the firepower to take on something as big as the Antichrist's European empire. Furthermore, Daniel 11 also talks about the Antichrist being alarmed by reports from the North. Many people believe these reports refer to the Gog/Magog invasion of Ezekiel 38-39, in which Russia attacks Israel. This would be an argument that it is Russia. Eminent prophecy scholar John Walvoord, among others, seem to favor the Russia view.

King of the North: Is it both?

I tend to waffle back and forth as to what my favorite view is. However, I think a case can be made that the king of the North could be Syria, Russia, or even both. Keep in mind that it says that the king of the North attacks with a great fleet of ships. This implies very strong naval power. As we know, Russia has a very important naval base in Tartus, Syria. Furthermore, this whole Ukraine/Crimea debacle is partially about Russia's need to maintain control of the Crimean peninsula, since it is one of their only naval bases that does not freeze in winter. If you look at these two ports, you can see how they are virtually the only way to attack for the King of the north to attack the EU from the water, since the "king of the North" is north of Israel, not by the Atlantic ocean.

The EU Conqueror Rises to the Challenge
Political commentators have long noted that Europe is in disunity. The Bible actually seems to say that the end times Roman empire struggles with disunity in its early stages. Furthermore, some have said that Ukraine is proof that the EU's 7-year foreign policy program is a failure. Pastor Brian Roberts has even pointed out an article by an important EU think tank, that states that the entire 7-year ENP should get a reset in 2015, since it is not working. (Javier Solana even retweeted this proposal.) This could be the 7-year treaty with Israel talked about in Daniel 9:27 (since Israel is a participant). We will have to wait and see.
But right now, Putin is a threat to European interests, and perhaps even their security. In 2015, the foreign policy chief of the EU is set to be replaced, just in time for the possible ENP reboot. The EU foreign policy is widely believed by analysts to be incoherent and disjointed. Perhaps now is the time for someone to face the threats to European security head on. 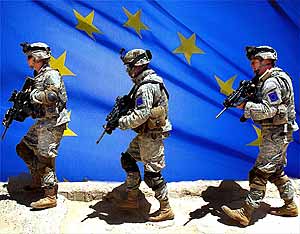 In Revelation 6, it talks about the infamous Four Horsemen of the apocalypse. The first horseman rides a white horse, and conquers with a bow. Some analysts have interpreted this horseman to be the Antichrist, who conquers non-violently by proclamation and the show of military might, since no arrows are mentioned for his bow. This horseman is followed by the red horse, symbolizing war, and then a black horse that symbolizes famine. Finally, the pale horse of death takes 25% of the earth's population through all of these causes. It is notable that these horses lead up to one another and may cause one another. (A conqueror causes war, which causes famine, which causes mass death.) Europe's foreign policy is in disarray, and lately all they have been able to do is write "strongly worded letters" to those they disagree with, and a few sanctions. Right now, the West is impotent and can't afford to break trade relations with Russia to punish them. Perhaps in 2015, a conqueror will arise, who can face these threats to European security head on, and make the West a credible force in the world. Perhaps he will do this by enhancing the security behind the ENP, expanding NATO, or enlarging the EU. However he does it, rest assured the "king of the North" will hate it, and respond accordingly.