Why EVERY Christian Should Care about the Israeli-Palestinian Conflict

Often, major news stories are not necessarily aligned with prophecy, even though they may appear to. This is why I like large, long term trends in prophecy. However, EU-Israel relations in the past 10 years or so have been very significant for prophecy, and alarmingly so.

But first, some quick background. Then some Bible verses. Then it will all make sense. Please bear with me:

What's An "Illegal Settlement"... And Why Should I Care??

You may see repeated complaints on Google news that the Israeli's are building "illegal settlements" in East Jerusalem and West Bank.

The Palestinians, numerous political pundits, and most of the whole world consider these settlements to be illegal under international law. The topic of settlements especially comes up when the Palestinians and Israeli's sit down for "peace talks." Many countries, news editorials decry the settlements as an obstacle to final peace negotiations. A great many of news articles about Israel in the past 5 years, relate in some way, to settlement construction.

But what is a settlement? And why does anyone care where Jews are building them? Here's why:

"Settlements" are constructed when the Israeli government approves the construction of apartment complexes for Jews in East Jerusalem and West Bank. East Jerusalem is the half of Jerusalem that contains the "Old City"...where Jesus walked. Furthermore, "West Bank" is just a fancy term for the Biblical locations of Judea and Samaria.

The West Bank is the area that Palestinians consider to be their rightful territory. They claim they are occupied by Israel. The "Green Line" is the West Bank border line. It encloses Judea and Samaria, and cuts Jerusalem right in half (remember this: very important!).

The Green Line is the original 1949 agreed to after the Arab-Israeli war. All the surrounding Arab nations immediately launched an invasion of Israel when it was born as a nation. They failed at this, and Israel fought them back. The war ended along the "Green Line" which is the line that separates West Bank from the rest of Israel.

Israel took over the West Bank area after the 1967 "Six Day War." This is also when they seized the other half of Jerusalem, and the rest of West Bank, which was the historical homeland. This war was very justly fought by Israel, so the fact that they took territory from their opponents is not morally objectionable. 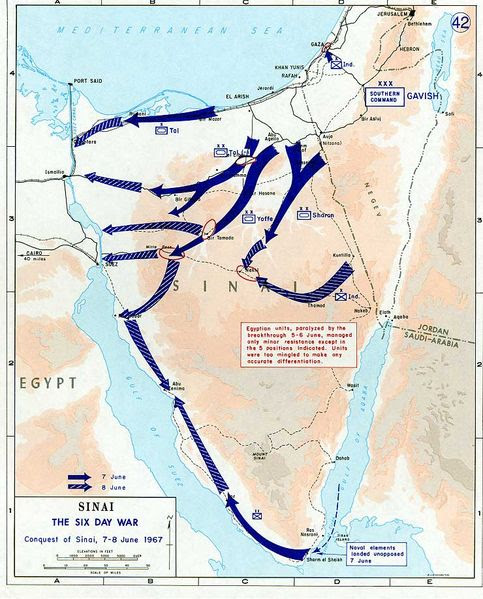 Trust me, all this boring geographical info about Israel is critical when it comes to end time prophecy, because those prophecies very much relate to geography.

Here's why all this matters:


All Nations Fight At Jerusalem...and Exile Half the City

The Bible predicts that one day, all of the world will attack Jerusalem. They will exile half of the city. This is very strange and has no historical parallel.

Jerusalem is Cut in Half by the "Green Line"

A day of the Lord is coming, Jerusalem, when your possessions will be plundered and divided up within your very walls. I will gather all the nations to Jerusalem to fight against it; the city will be captured, the houses ransacked, and the women raped. Half of the city will go into exile, but the rest of the people will not be taken from the city. Then the Lord will go out and fight against those nations, as he fights on a day of battle. (Zechariah 12:1-3 NIV; emphasis added)


Remember what I said above: It is considered against international law for Jews to even live in half of Jerusalem.

Relative to Israel's history, this focus on Israeli settlements appears to be very recent. Ten years ago, discussion about Israeli settlements was much more sparse. In the last 10 years, it has become one of the forefront issues in the Israeli-Palestinian conflict.

However, the EU just started a 7-year boycott on Israeli organizations in the West Bank. And every time the Jews build houses in the "wrong" half of Jerusalem, it makes world news...

So it's very easy to see, how a political leader, when he launches his invasion of Israel from Europe, could use international law as a pretext to exile half the Jews from Jerusalem. Only very recently in world history has the concept of "half" of Jerusalem even had any political relevance. And even more recent the complaint that Jews are illegally living in half of Jerusalem.

As most people know, world leaders (especially U.S. leaders) repeatedly try to negotiate peace between the Israeli's and Palestinians. This always fails. The "two state solution" is the prevailing idea for how negotiations are supposed to turn out. This essentially means dividing up the historical land of Israel, and giving half of it to "Palestinians." Palestinians were never considered a distinct ethnic group until Israel came along.

Fence Between West Bank and the Rest of Israel

A "two state solution" sounds like a good plan for peace, doesn't it? Except God is very angry about this plan...


In those days and at that time,    when I restore the fortunes of Judah and Jerusalem,2 I will gather all nations   and bring them down to the Valley of Jehoshaphat. There I will put them on trial    for what they did to my inheritance, my people Israel,because they scattered my people among the nations   and divided up my land. (Joel 3:1-2 NIV; emphasis added)

The book of Joel is about the "Day of the Lord," which is the end times period where God judges the world. In this time, God will judge the nations who divided up his land. Frighteningly enough, the prevailing plan by world leaders today is to divide up Israel into two nations in a final set of negotiations.

World leaders annoyingly repeat the mantra that Israel and Palestinians should live "side by side in peace and security." The video below shows how repetitive they are about saying this. Recall that God is already not happy about the fact that they want to divide the land of Israel. However, there's something even more ominous going on here.

for you know very well that the day of the Lord will come like a thief in the night. While people are saying, “Peace and safety,” destruction will come on them suddenly, as labor pains on a pregnant woman, and they will not escape. (1 Thessalonians 5:2-3; emphasis added)

If you look up the Strong's concordance, the word for "safety" here is the same word for "security." Now, watch the video....


World leaders repeatedly talk about "Peace and Security," especially when it relates to the Israeli-Palestinian conflict. The very fact that they are repeatedly saying this exact phrase, over and over. is itself a clear sign of the end times.

But as believers, we know that this is a very false sense of security that will end with the coming of the Lord Jesus and his wrath on mankind.

After you watch the video, then go to Google News and type in "Peace and security" (with the quotes). Watch how much stuff about Israel and dividing God's land comes up!

"Let Those Who Are In Judea Flee to the Mountains"

Recall that the Jews building apartment complexes in the Judean Desert is also considered against international law. Some day, Jesus predicts that an idol will be in the temple immediately prior to his return. Upon seeing this idol, Jesus warns the residents of Judea to flee to the mountains without taking anything with them, not even a coat.

“So when you see standing in the holy place ‘the abomination that causes desolation,’ spoken of through the prophet Daniel—let the reader understand— then let those who are in Judea flee to the mountains.  Let no one on the housetop go down to take anything out of the house. Let no one in the field go back to get their cloak. (Matthew 24:15-17) 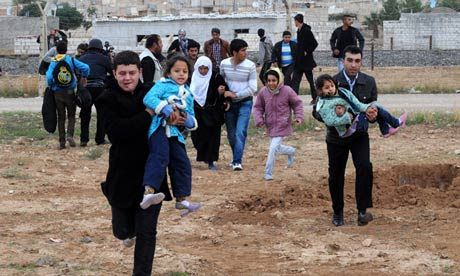 So Jesus' warning to flee makes all that much more sense today, when the European Union repeatedly condemns Jews for merely living in apartments in Judea.


So What? People Have Been Predicting the End for Years"

The very fact that Israel even exists as a restored nation is predicted by end time prophecy. This happened in 1948. We also have a corresponding end times Roman empire that is a confederacy (the European Union). Furthermore, we have many political circumstances in Israel that would have made no sense at all 200 years ago, but are completely anticipated by prophecy.

After many days you will be called to arms. In future years you will invade a land that has recovered from war, whose people were gathered from many nations to the mountains of Israel, which had long been desolate. They had been brought out from the nations, and now all of them live in safety. You and all your troops and the many nations with you will go up, advancing like a storm; you will be like a cloud covering the land. (Ezekiel 38: 8-9) 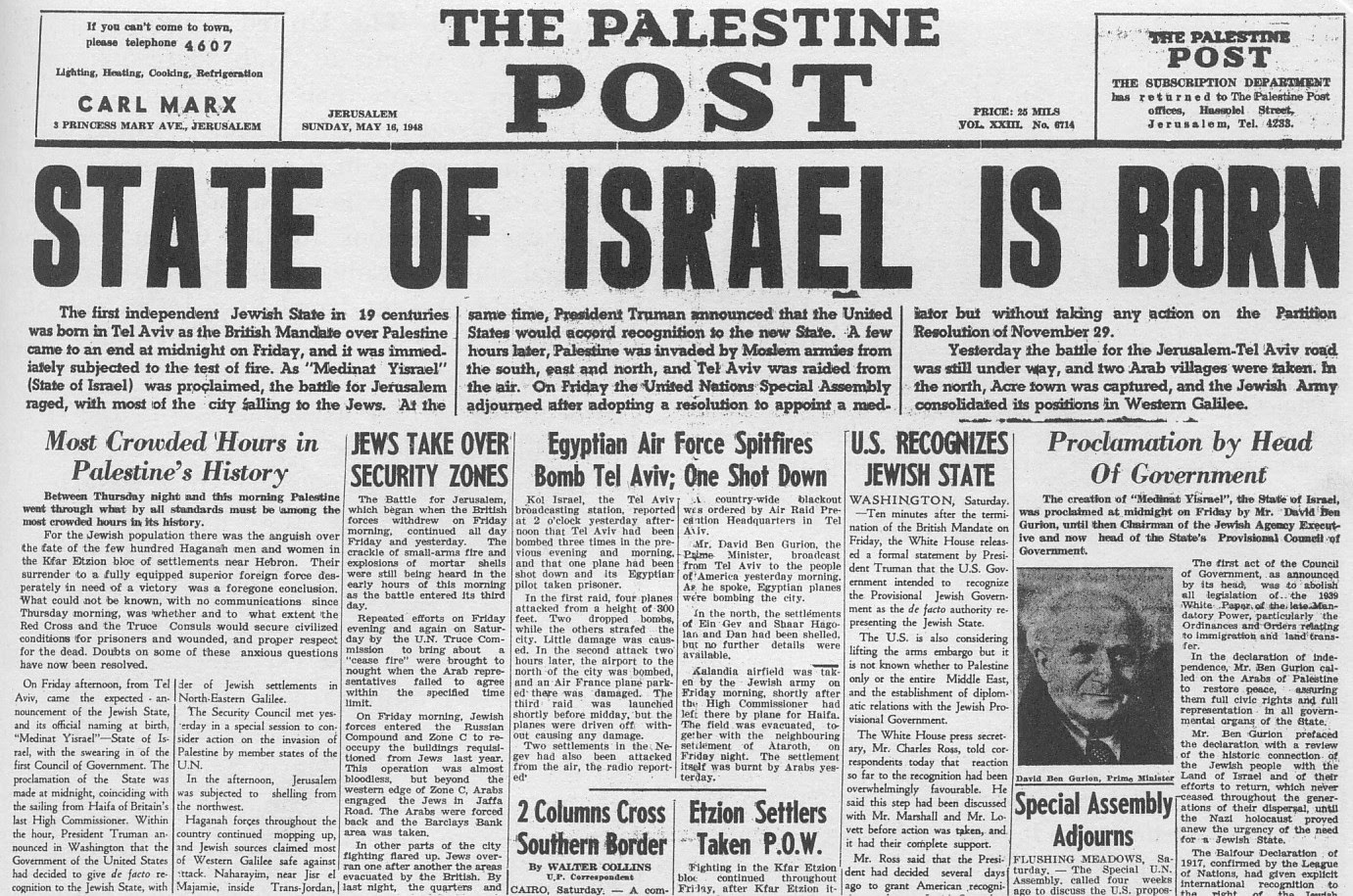 Many Jews are well known for being from Russia. One famous Russian Jew is the co-founder of Google, Sergey Brin


All of This is Very Recent

Keep in mind, all of these are relatively recent developments in world history. Many of these prophecies would sound utterly senseless 500 years ago, or even 200 years ago. Now, they make a lot of sense.

Peace negotiators, like John Kerry, George Bush, and Bill Clinton may sound well meaning when they try to negotiate an Israeli-Palestinian peace. However, we know that in the end times, God puts all the nations of the world on trial for scattering the Jews and dividing up his land. We know in the end times the Jews in half of Jerusalem will be forcefully exiled from their homes.

But what about the Palestinians? Don't they have a right to land?


Do Jews Have A Right to Live There?

Palestinians have never had a nation of their own. "Palestinian" was never considered to be a distinct ethnic group from Arabs...until Israel came along. Some Jews and Arabs have lived in Judea and Jerusalem continuously for about 2000 years. So the fact that people want Judea and Jerusalem to be "Judenrein" (Jew free) is silly. Only until recently have Jews received the right of self-determination to their own nation.

They are now drawing up plans to divide God's land like never before. And now is the time to keep watch. So keep watch, because you do not know the exact day Jesus is coming...
Posted by David Wilkinson at 6:03 AM