This is the SECOND blog post I made today. If you want to see the first one, GO HERE. However, they do stand alone (you don't have to read the one to understand the other, etc.)

But alas, he retired, and was replaced by Catherine Ashton. Obviously, there is nothing wrong with a woman holding political office. But it is quite frustrating, considering there is no way on earth the Antichrist will be a woman. Also, Javier Solana stepped down and was replaced by a woman, very close to the midpoint of the first seven year treaty between the EU and Israel ever. (Again, if you don't know what I'm talking about, go to the overview RIGHT HERE. )

So now, that woman's term is almost up. The EU foreign policy chief has a 5 year term that is renewable once. Ashton didn't want to go for a second term, so she decided to step down at the end of her term. Her term expires in October or December. So they have to pick a replacement before then. Which is why all the heads of the EU countries are meeting on July 16 for a special EU Council Summit to decide the new High Representative, and the new EU Council President. 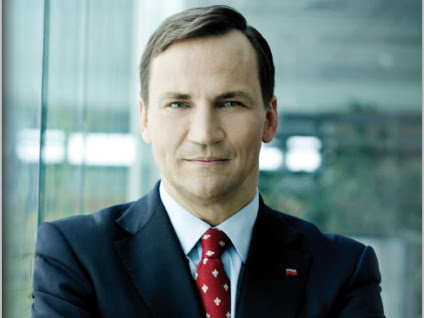 It looked for a while that the strongest candidate for the job was Radek Sikorski. If we think the Antichrist will someday hold the office of the high representative, he was the best candidate their was. He was also the strongest candidate in the EU. Here is a previous blog post on why I think so. He is very hawkish, wants to split EU and US defense alliances, is very outspoken against Russia, and wants to revitalize the 7 year European Neighborhood Policy. He also wants the EU to become a "superstate."

But he recently got caught in a scandal saying that his ties with the U.S. were "worthless." He also said some bad things about David Cameron. So a lot of analysts say that this really hurt his chances at becoming the next high rep. What is more, lots of think tanks and analysts are saying that the ENP is broken, and needs fixed by a new strong High Representative.

But it appears to be "business as usual" as one article said. When choosing the high rep, the heads of states are more worried about "ticking all the boxes." For example, the new commission president is a man, from Luxembourg, and part of the EPP party. Well, that means that the other jobs have to given to someone who is not a man, or EPP, and perhaps from a different region in the EU. This article on Europe Decides shows the incredible balancing act that the outgoing EU council president must perform in order to please everyone. He has to balance political party, gender balance, North-South balance, and so forth.

This is likely why the Italian foreign minister is the front runner to become the next EU foreign policy chief. She barely has any experience. But keep in mind, this didn't stop them from nominating Catherine Ashton as the last high rep. All the think tanks keep prodding the EU to actually choose a strong person, and get its foreign policy pulled together. But all of these cries are falling on deaf ears. They are more worried about ticking all the boxes than say, job experience, in a position that pays more than President Obama.

Please don't be confused! I have no problem with women holding political office! What is frustrating is that she can't be the Antichrist. And we might get two people in a row that are just non-starters.

Yes, emotionally this was/is pretty upsetting. I was very discouraged when I learned that they would likely choose Mogherini for the job instead of someone who could be the Antichrist.

However, Sikorski and Lajkak are still potential nominees. If you want to go to the Europe Decides website, there is a great article there about the "rubik's cube" that Herman Van Rompuy has to solve to please everyone and tick all the boxes. Sikorski is still a possible combination.

Who knows what they will decide. Perhaps they will choose Sikorski, perhaps Mogherini, perhaps the Bulgarian woman (also high on the list). But as frustrating as this would be emotionally, the theory remains untouched logically. There is nothing at all about having the next high representative be a woman that would destroy the theory or hurt it in any way. At least, it won't be hurt any worse than it was in 2010, when Javier Solana was not the man we thought he was. 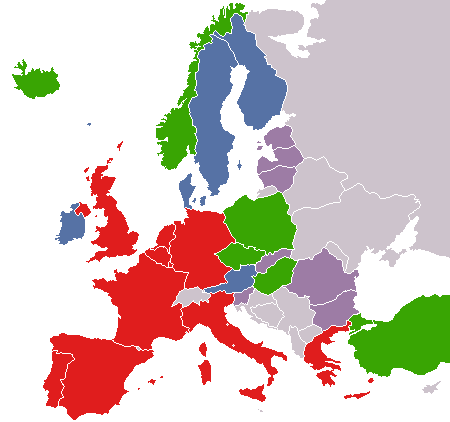 The "EU as revived Roman Empire" theory still stands the test of time. I will quote from my previous blog post that I made today: 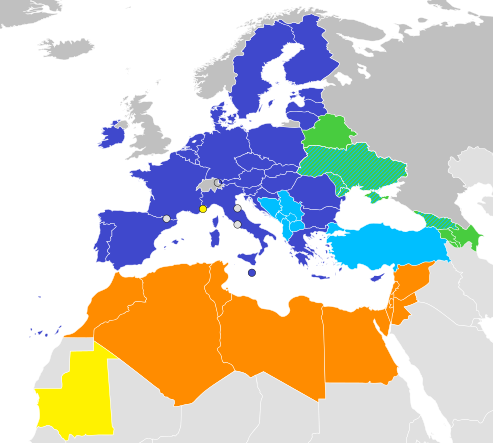 If they nominate a woman, all that means is the Antichrist hasn't come yet, no more, no less. I have a hard time believing that the 666 connections don't mean anything at all. And prophetically, the High Representative does fit best to be the Antichrist, as far as I can tell. They are the person designated to fulfill the EU's "common purpose" (i.e. common foreign and security policy).  And the new commission president doesn't really strike me as the Antichrist type.

All the analysts are whining about how weak this current ENP is. But we know in the Bible that the 7 year covenant will be a "strong" covenant. This last one was very weak, and the current one doesn't look much better. It has hardly stopped the Arab Spring or prevented any of the political disasters we have seen today.

The next ENP cycle is in 2020-2027. The next high representative will be nominated about one year before that begins (around 2019). So that would be a very fitting time for the Antichrist to come to the scene. He could ascend to power, then make a brand new 7 year covenant that actually has strength to it. Russia tensions could be getting worse, so there will be increasing frustration if the next EU foreign policy chief (2015-2019) does a bad job. There could be increasing fears about what to do with Russia. Furthermore, Britain will become even more keen on exiting (around 2017), since nothing is really changing. Other states could be interested in exiting as well. It also gives time to rebuild the Jewish temple. 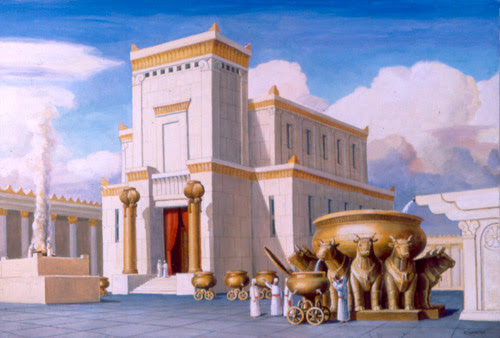 There are five scenarios that could happen July 16:

Scenario 1: A woman is chosen for the top job. She is not the Antichrist. We have to wait longer.

Scenario 2: A man is chosen for High rep, but doesn't turn out to be the Antichrist. Same as scenario 1.

Scenario 3: They nominate a man who could be the Antichrist. He serves 5 years, then gets reelected for another 5 years, terminating his job around 2024 (close to the midpoint of the 2020 cycle).

Scenario 4: They nominate a man who could be the Antichrist. He does what the influential Carnegie Think tanks want him to do, and "reboots" the ENP in 2015.

Scenario 5: God surprises us, doing something totally different. His perogative.

I will be praying a lot this week. I pray that we won't be made to wait again. But as others have told me, it is indeed up to him.

Posted by David Wilkinson at 7:33 PM