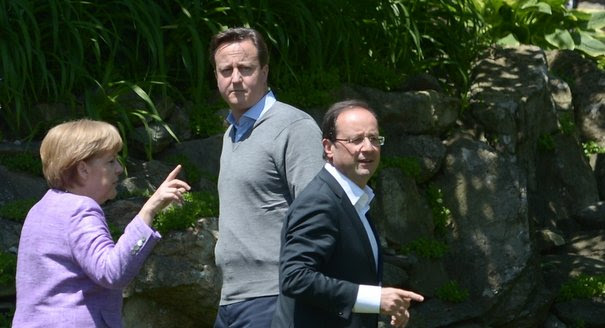 The ten horns are ten kings who will come from this kingdom. After them another king will arise, different from the earlier ones; he will subdue three kings. He will speak against the Most High and oppress his holy people and try to change the set times and the laws. The holy people will be delivered into his hands for a time, times and half a time. (Daniel 7:24-25 ESV; emphasis added)

The Bible indicates that the Antichrist will rise to power after a confederacy of ten kings. Apparently, he will have a power struggle with three of the ten kings, and emerge as dictator over the "fourth kingdom" described in Daniel chapter 7. Nonetheless, his dictatorship is short lived, when the Messiah comes to destroy the fourth kingdom and set up an eternal empire. In the sequence of kingdoms describes in Daniel 7, four world empires rise up, one after another, in sequence. 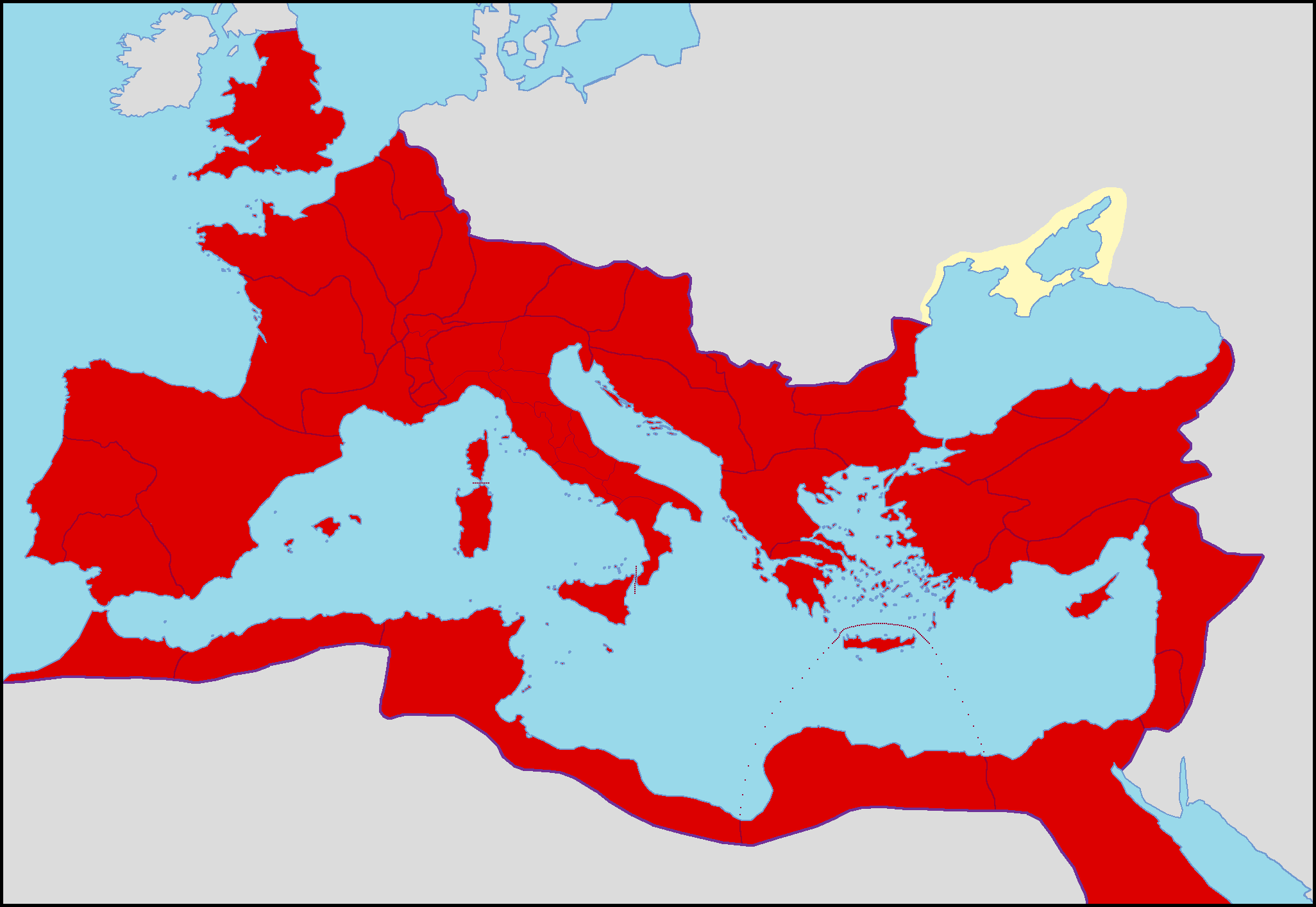 Roman Empire At It's Greatest Extent

Since ten kings come from this end times Roman Empire, many Bible teachers and theologians believe that the end times kingdom will be composed of a ten nation alliance in the geographic area of the old Roman Empire. The Antichrist rises to power among this confederacy of ten. Apparently (according to the Scripture quoted above) he has a power struggle with three of the ten kings.  (CLICK RIGHT HERE to learn more about this). 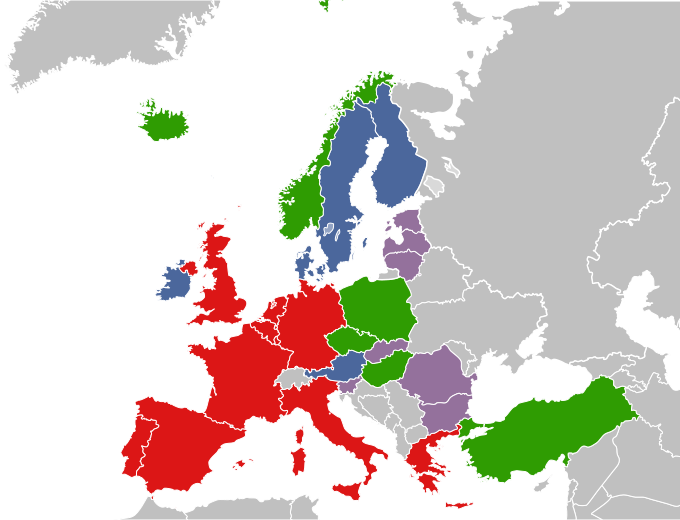 The Western European Union was a military alliance of 10 member states. It was not part of the European Union, but worked closely with it. It formed the basis of today's "common foreign and security policy." Gradually, the functions of the WEU were transferred to the European Union. Finally, in 2011 the treaty was terminated and replaced by defensive pact within the Lisbon Treaty.

This alliance of ten nations in the historical area of the Roman Empire formed the historical framework for the EU's common security and defence policy. If you click on THIS CHART, you can see the gradual merger of the WEU into the EU, under the common foreign and security policy. The WEU alliance, after serving valuable functions for 15 years, became obsolete in 2011, due to the Treaty of Lisbon mutual assistance clause.

A History of the EU Big Three

However, analysts and journalists are well aware the the EU does not have a genuine "common policy" on defense or foreign policy matters. The member nations are too wrapped up in their own national interests. Many analysts and bloggers bemoan the EU's lack of "one voice" on the world stage.

One big reason for this is the influence of the "big three" countries: France, Britain and Germany. They have sometimes worked together as three in order to influence EU policy. They have even been accused of a "power grab" in the past.

The late Herbert L. Peters was the man who originally discovered the basis for the prophecy theory advocated on this blog (and other blogs). He did a lot of research into Javier Solana, the EU Big Three and it's significance. 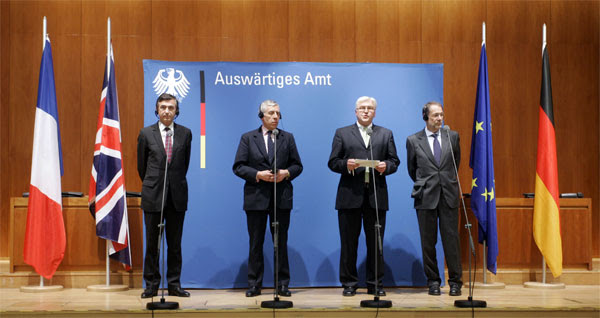 The EU Three: Alive and Well

Nevertheless, that was almost 8 years ago. I hadn't heard much of the EU Big Three, so I assumed their influence or prophetic significance had waned. But alas I was wrong. Analysts and journalists continue to think they are a very influential group, and have in some ways blocked the creation of a genuine common foreign policy.

The Juncker methodology unveiled on September 10 has a further meaning. It seems to reflect the dissatisfaction of a majority of EU governments over the way in which the “big three” member states of France, Germany, and Britain hijacked EU foreign policy during the Ashton years. (Return of the European Commission to Foreign Policy Making?) (emphasis added)

3) Apparently, it's not just the Carnegie think tank that believes this. In October 2014, Dr. Niklas Helwig & Dr. Carolin Ruger, wrote an article in Euractiv where they mention the EU "Big Three's" interference with EU foreign policy:

The leadership role expected from the EU foreign policy chief is constrained by member states’ national reflexes. The strategic debate on the future course of the EU as a global actor – a tricky subject – was not only avoided by Ashton, but also by Britain, France and Germany, and thus by the only ones that are able to give momentum to Europe’s foreign policy. In Ashton’s defence, member states – not least due to the sovereign debt crisis – had little interest in foreign policy matters in recent years, let alone were eager to start a wider strategic reflection process.

The Daniel passage isn't the only one about the ten kings:

12 The ten horns which you saw are ten kings who have not yet received a kingdom, but they receive authority as kings with the beast for one hour. 13 These have one purpose, and they give their power and authority to the beast.14 These will wage war against the Lamb, and the Lamb will overcome them, because He is Lord of lords and King of kings, and those who are with Him are the called and chosen and faithful.” 15 And he *said to me, “The waters which you saw where the harlot sits, are peoples and multitudes and nations and tongues. 16 And the ten horns which you saw, and the beast, these will hate the harlot and will make her desolate and naked, and will eat her flesh and will burn her up with fire. 17 For God has put it in their hearts to execute His [i]purpose [j]by having a common purpose, and by giving their kingdom to the beast, until the words of God will be fulfilled. 18 The woman whom you saw is the great city, which [k]reigns over the kings of the earth.” (Revelation 17:12-18; NASB)

Did you catch that? It talks about the ten kings having a "common purpose" and giving their royal power to the beast. This is in context of the destruction of the end times city of Babylon. So it seems they have some kind of common purpose on military matters.

The identity of the end times Babylon is irrelevant for purposes of the discussion here. Whatever city it is, the ten kings unite in a "common purpose" to destroy her. They do this by giving their kingdom to the beast until God's words are fulfilled. And remember, the ten horned beast in Daniel represents the Antichrist's kingdom. In Revelation, the ten horned beast represents the Antichrist or his kingdom, interchangeably. 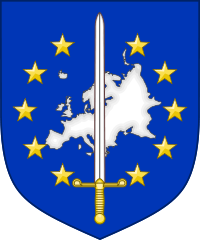 Where else have we seen a phrase like "common purpose?" Oh yeah that's right...... It's one of the EU's favorite phrases. Especially in military matters....

The EU aspires to have many "common policies." The most prominent of these relate to foreign policy or defense:

The 10 nation Western European Union, according to the EEAS website, was the historical framework for the "common security and defence policy."

You're probably thinking. "But wait! You just got done telling us that the EU doesn't have a genuine "common policy" on defense. After all, the analysts bemoan the lack of unity in this area. Defense is the EU's absolute weakest area!"

And that's exactly it. They are taking baby steps to a "common purpose." First through the history of the WEU, where it gradually merged into the EU (after formerly taking responsibility for EU defense matters). Then, a political position (the high representative) that gradually gains influence over the ten in foreign policy matters. Then, a dissolution of the ten into the larger EU "beast." In 2011, the alliance deemed themselves unnecessary and redundant, claiming to have accomplished their historical role.

The EU does not have one voice. But which three stand in their way, even ten years later?

The "Big Three" according to analysts, are the one's who pose the obstacle to a common EU foreign policy. It's no coincidence that they struggle against the EU in military matters.

The Big Three....are alive and well.

Posted by David Wilkinson at 1:26 AM