Overview Part 2 - Could This Man Be the Antichrist?

In the first article, we learned that the European Union is the revived Roman Empire predicted in the Bible. The final ruler of the revived Roman Empire is called the Antichrist. He will be a terribly wicked man. He will claim to be God and be a ruthless military conqueror. He will even achieve world domination and genocide the followers of Jesus. However, thankfully his reign of terror won’t last long, as the Antichrist is destroyed at the Second Coming of Jesus. 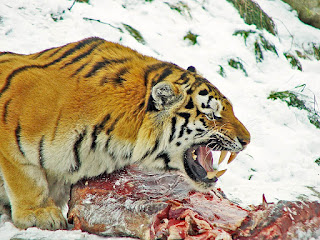 The Bible describes the Antichrist’s rise to power in very specific detail. The revived Roman Empire is composed of a group of ten kings. The Bible symbolizes this by a ferocious beast with ten horns on its head.


“After this I saw in the night visions, and behold, a fourth beast, terrifying and dreadful and exceedingly strong. It had great iron teeth; it devoured and broke in pieces and stamped what was left with its feet. It was different from all the beasts that were before it, and it had ten horns. I considered the horns, and behold, there came up among them another horn, a little one,before which three of the first horns were plucked up by the roots. And behold, in this horn were eyes like the eyes of a man, and a mouth speaking great things.”

In Daniel’s vision, he sees ten horns on the head of a wild beast. After this, he sees a little horn pop up among the ten horns. This horn grows, and pushes out three of the original ten horns. This horn ends up having a face and eyes like a human being, speaking great things. Thankfully, we don’t have to guess what this vision means. The angel interprets this vision for Daniel.


““Thus he said: ‘As for the fourth beast, there shall be a fourth kingdom on earth, which shall be different from all the kingdoms, and it shall devour the whole earth, and trample it down, and break it to pieces. As for the ten horns, out of this kingdom ten kings shall arise, and another shall arise after them; he shall be different from the former ones, and shall put down three kings.” 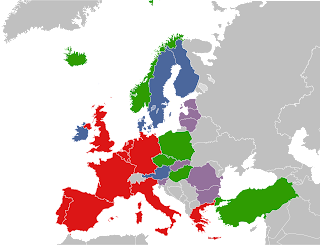 In 1998, at the Vienna European Council, document 666 creates the position of EU High Representative. This position did not have much legal power, but relied heavily on the personality and influence of the office holder. In 1999, Javier Solana was appointed as the EU’s first High Representative. He was also appointed as the Secretary General of the 10-nation Western European Union. This fulfills Daniel’s prophecy, when it says another king will come after the ten kings. It says, “and another shall arise after them; he shall be different from the former ones,” The fact that he starts as a "little" horn indicates that he starts off not as powerful as his comrades. Since Javier Solana was appointed after the original ten nation alliance was in place, and had less power than them, it strongly fits the image of a little horn rising up among ten larger horns. 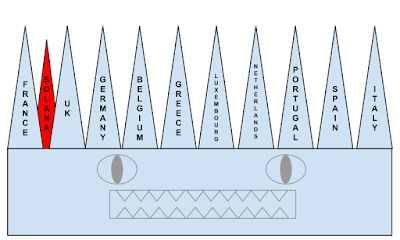 Over the course of the next 7 years, Javier Solana grew in influence. Solana was supposed to represent the European Union to the world. The High Representative job was supposed to be like a “foreign minister” for the EU, or “secretary of state,” but without as much power. However, not everyone liked that plan.

A group of countries called the “EU3” were not so enthusiastic about having Javier Solana represent them to the rest of the world. This group, composed of France, the UK, and Germany, wanted to dictate EU foreign policy on their own. They were even accused of a power grab by other EU countries, when they tried to hold their own special meeting to decide the EU’s future. 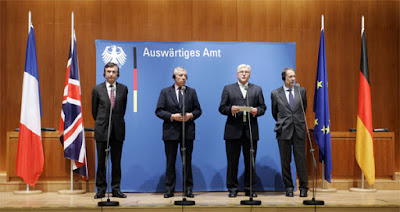 The EU3 played a very big role in the negotiations over Iran’s nuclear program. Initially, when meeting with the Iranians, they left Solana behind. Nevertheless, the smaller EU countries complained about this, and Javier Solana eventually became part of their group. He accompanied them as they all carried out negotiations with Iran. Solana gradually became the leader of the EU3 group, representing the EU to the world in the negotiations over Iran’s nuclear program. On 06/06/06, Javier Solana emerged before the world as leader of the group. He was seen across major news outlets as presenting a deal that the Iranians could potentially accept. A major German newspaper puts it quite accurately “"During his time in office, Solana established himself as a key negotiator and speaker for the EU on the subject of Iran's nuclear capabilities." 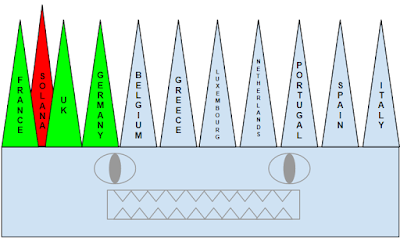 Does this qualify as a fulfillment of the prophecy? After all, the image of a little horn “uprooting” three seems very strong. John MacArthur clarifies this, saying:


"But in the original text, it is not nearly so violent. It expresses, rather, a pushing out, as if three are growing, and as one comes up, it just gradually squeezes its way through until it becomes prominent. It actually refers to a gradual replacement as the new pushes out the old, and the old gradually fades away. It is not a catastrophe. It is progressive."

Daniel 7 is not the only place that it talks about the beast with ten horns. Revelation 17 talks about this as well. “And the ten horns that you saw are ten kings who have not yet received royal power, but they are to receive authority as kings for one hour, together with the beast. These are of one mind, and they hand over their power and authority to the beast.”

Javier Solana is the top candidate for Antichrist. How do we know this is true?


However, all of this happened a long time ago, in the mid-2000’s. What kinds of things has he been up to today? The answer might surprise you.

Click here to go to the next article in the overview.