How Much Power Does the EU Actually Have? 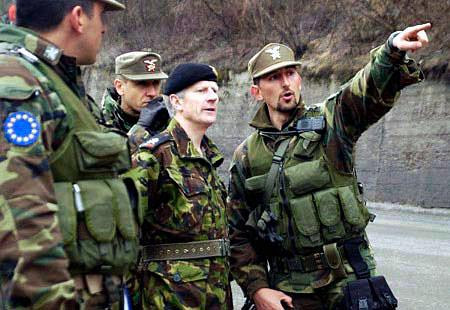 Here are some interesting facts about the EU that are similar to states with national sovereignty.

The EU also has many significant weaknesses that make it not like a state:

As you can see, the EU has many properties of a state, but in some ways does not. One can think of it as an extremely weak federation or a very powerful confederation.

So pretty much the European Union is becoming a force to be reckoned with. Given current events, the Euro could collapse. However, they won't let it collapse, because member states are too entangled into the EU. They are in the process of making a full economic union due to talks that began on June 28, 2012 that were big in the news.

After that, all it would take is a military attack from the outside for the EU to become a federation, because in that case all of the military resources would have to be coordinated by one person.....

And the Bible says that someone will attack the Antichrist and he will respond by attacking many countries.

And as Daniel says, "tens of thousands shall fall".....

Posted by David Wilkinson at 5:11 AM